For us it is personal

Eriksgårdens Fjällhotell is happy to receive your questions and thoughts about your stay in Funäsfjälllen. We help you sew your journey together and make sure you have it as good as you can have it! If you have any other comments or suggestions, we would love to receive these as well.

1927 the doors were opened to Ericsson's guesthouse and at that time was the first guesthouse in Funäsdalen. The guest house was then built with an American building style, an architecture brought home by one of the Eriksson brothers. Emanuel or "Man" as he was called had emigrated to Minnesota USA where he worked as a builder.

Almost 60 years later, 1984, then the boarding house burned down. The current owner, Lizzie Wickström, started the build-up already the same year, in the same place as the guest house had been previously. The building was clearly at record speed and only 11 months from the start, the doors were reopened and Eriksson's pension became Eriksgårdens Mountain Hotel. 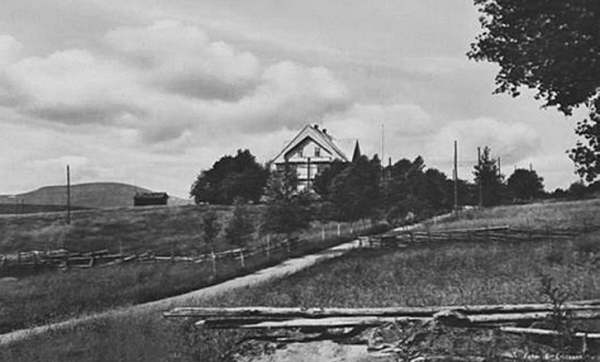 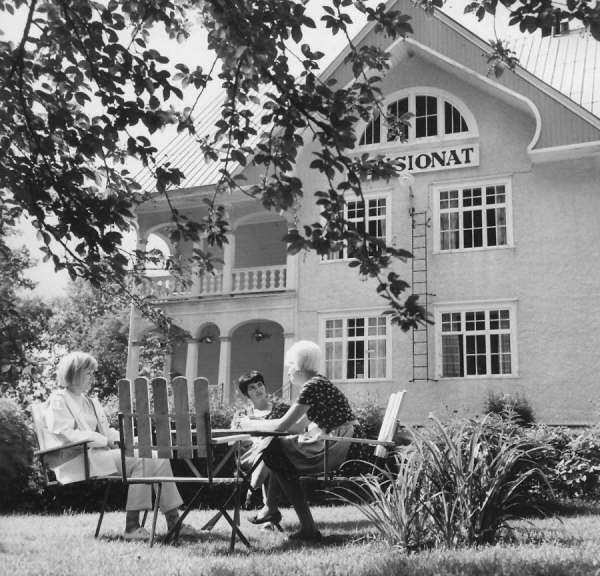 1999 Magnus Ruhedorfer bought the hotel and started his business mainly with "Sigge sports" guests who came to the hotel by bus on Thursday night, they skied all day, ate dinner every night at the hotel and then went home again on Sunday. As the years went by, the hotel became more and more booked even during the weeks, many guests started to catch their eyes on what a fantastic skiing place Funäsdalen where and to meet the guests' needs and wishes, Magnus began planning for renovations and expansion.

2001 the first step in construction was started to become a mountain hotel where you could enjoy both activities and relaxation and it was then built into a spa for the hotel guests with whirlpool and sauna.

Sommaren 2008 the first sod was taken and the winter season of 2009, Magnus' big dream came true. A brand new a la carte restaurant opened its doors and the restaurant Erik's Kitchen & Bar was inaugurated. The restaurant was built together with Eriksgårdens Mountain hotel which also meant major changes in all the back areas of the hotel. Even the nightclub got a major upgrade and got bigger than before. Now there were opportunities to host great artists, dance bands, major conferences and special events of various kinds.

2009 Eriks Villa was acquired and the hotel expanded with 8 rooms in the nearby building. Lizzie, the previous owner, lived for a long time in the apartment which is also located in Erik's Villa.

2010 the lobby was completely renovated to the cozy gathering place it is today. Here are paintings that span the seasons in the mountains painted by Funäsdalens artist Bengt Elis especially for the lobby of the hotel.

2012 the outside gets a new timber facade with pleasant lighting and a wonderful mountain feeling already appears when you park the car.

2015-2016 all hotel rooms are being renovated gradually with new bathrooms, furniture, paintings and beds. Everything to make guests feel at home in a hotel. The renovation of the rooms was carefully thought out to convey a warm mountain feel and good sleep. The kitchen also received a total renovation and was upgraded to a modern fresh restaurant kitchen. Here you can cook up to 70 hotel guests and 150 ala carte guests in one evening.

2016-2017 a total renovation of the hotel dining room was done in the same warm mountain style as the rooms. A brand new fireplace was installed so that hotel guests can enjoy the crackling fire at breakfast and dinner.

2018-2019 carried out the largest extension since the hotel was built after the fire. A brand new spa department and 6 family rooms are being built. The spa area is 250 sqm, has 3 different saunas, a whirlpool and a regular pool. The construction of the spa took about 7 months from the first sod. The family rooms were ready for check-in in the winter of 2019.

2020 The lobby is being rebuilt and made larger with e.g. a new bar and more cozy seating.

We use cookies to ensure that we give you the best experience on our website. By continuing to use the website you agree to the use of cookies.I understand